It’s funny how you remember pictures that you have taken. I was rummaging through a box of Kodak Photo CDs that were in my loft and found a set of portraits of the wonderful children’s illustrator and author Helen Oxenberry that I took in March 1995 for The Times Educational Supplement. The pictures were taken during a period where I seemed to be photographing the entire back catalogue of authors and illustrators whose work was aimed at children and there are four things that I distinctly remember about these particular portraits.

The excitement and mild terror of shooting with brand new gear that I had only tried out for the first time over the weekend was very real and so I also took along a Leica M6 with a 35mm f2 lens and a roll of Ilford XP2 black and white film that I had half used on another author portrait the previous week. The picture that you see above is a scan of the negative, made using an automated Kodak scanner that was set up for scanning colour negative film but I quite like the quality that this print-free process gave me. 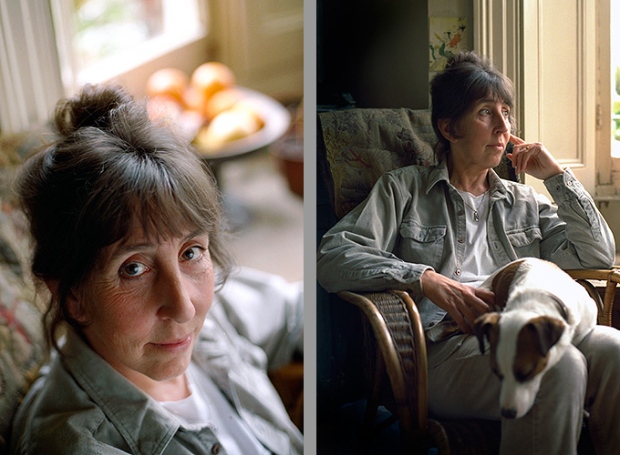 The second thing that I remember about this job was that she was a really lovely lady and that she made good coffee. When I arrived she was very apologetic that she had forgot to tell my Picture Editor that she lived in one of London’s more vicious residents’ parking permit areas and that there weren’t any public spaces nearby. I smiled and told her that I only lived 100 metres away and had the right permit, which seemed to confuse her – I imagine that she was trying to work out how a photographer could possibly afford Hampstead!