The days when everything we did was aimed at print are gone. We have to produce images for a very wide range of uses these days and so I decided to go with a monitor that has excellent colour, brilliant flexibility and a simple (very Mac friendly) interface. This LG fits all of those requirements with ease. When these monitors first appeared in the Apple Store there were a lot of negative comments and I was pretty dismissive of them myself when I saw one. Over time I have grown to like them and now that Apple’s own professional monitor cannot tick my boxes I decided to place my order for the LG. END_OF_DOCUMENT_TOKEN_TO_BE_REPLACED 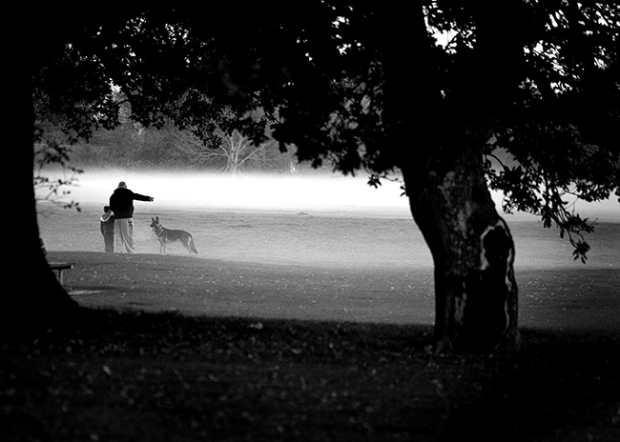 #archivephoto from November 2010 showing a father and son walking the dog in the park as the mists lift. ©Neil Turner

In my last blog post I announced that I had finally decided to get on board and establish an Instagram account. Just over one month later, I have sixty-nine images on my feed and 282 followers.

Not many, I know. I am delighted by the quality of those followers though because they include at least two dozen photographers whose professional and personal work I admire along with a small number of picture editors and commissioners of photography. Sadly, the young picture editor whose comment triggered this project still hasn’t added herself as a follower but that’s probably just as well because out of those sixty-nine images only eight have the hashtag #newwork which I’m using to indicate brand new pictures shot since I established my account. It has been great going back through archives to find the others and I’ve still got a dozen or so #archivephoto options that haven’t been posted yet. END_OF_DOCUMENT_TOKEN_TO_BE_REPLACED

I’m not actually sure why but I have avoided Instagram since it was launched. I am aware that it can be used as a good shop window for photographers and I am equally aware that it can suck hours from your day. The thing that finally made me sign up and dive in was when a third picture editor informed me that they didn’t look at portfolios unless they’d seen an Instagram feed first.

When it happened for the first time I wrote it off as the narrow silliness of a very young picture editor. The second time made me think that the whole industry was going nuts but when it happened a third time I decided that I had to move with the times. Now this isn’t the first time that I have been (too) late to a party. I used Flickr when it first came out but deleted my account fairly promptly before getting back in the saddle a couple of years later. I had perviously used EyeEm as a mini-folio but that appeared to be a waste of effort after several months of putting effort into it. Could Instagram be the answer for me? END_OF_DOCUMENT_TOKEN_TO_BE_REPLACED

When Canon announced the W-E1 wifi adapter for the EOS7D MkII and the EOS5S and 5SR I was decidedly underwhelmed for two reasons;

At the time I couldn’t see any advantage over any of the SD based transmitters from Eye-Fi or Toshiba amongst others. I didn’t buy one and I couldn’t see myself buying one either.

Fast forward ten months and my need to use remote cameras controlled by an iOS devices has grown and I only had one – the wonderfully simple Canon EOS6D. I didn’t want to use either of the EOS5D MkIV bodies as a remote and so I bought the W-E1 adapter to use in my EOS7D MkII. END_OF_DOCUMENT_TOKEN_TO_BE_REPLACED

Whilst I was out shooting some pictures for the EOS5D Mark IV Update I shot a small set of pictures that reminded me that it is almost inevitable that you find interesting human stories whenever you are out shooting pictures. I met and chatted to a former Royal Marine who had donned his green beret and his medals to come along at the eleventh hour to honour one of his relatives –  a Royal Marine Musician – who died when the ship he was on, HMS Hood, was sunk in 1941.

A moving gesture from a man who had himself served for over 27 years for a relative and fellow Marine who he had never met. 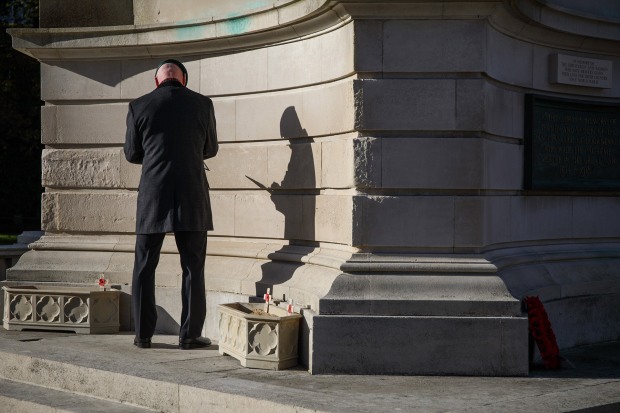 Mark Tapping who served 27 years in the Royal Marines places a framed photograph of his relative Royal Marine Musician Albert Pike who died when HMS Hood was sunk on the 24th of May 1941 on the memorial. Armistice Day at the War Memorial in Bournemouth
11 November 2016. Bournemouth, United Kingdom.
Photo: Neil Turner

A few weeks ago I wrote on this blog about the wifi potential of the Canon EOS 5D Mark IV and I have been using three of its functions pretty heavily on jobs over the intervening period. It wasn’t hard to learn all about the system having used a number of different wireless systems over the last three or four years and my first impressions were very favourable. There are definitely one or two changes that I’d like to see Canon make (preferably in a firmware update) but the system has been remarkably stable and reliable. It’s wireless which means that there will be glitches but I’d stick my neck out here and say that this is the best wifi that I’ve used given that 1) it is built-in and 2) doesn’t require any extra gadgets or adapters.

Today is Armistice Day – the anniversary of the eleventh hour of the eleventh day of the eleventh month when the guns finally fell silent at the end of the Great War in 1918. I had no jobs on and so I took myself down to the War Memorial in the centre of the town where I was born to pay my respects and to give the wireless on the Mark IV a real world test that I could actually share with you. END_OF_DOCUMENT_TOKEN_TO_BE_REPLACED