When the news broke that UK booksellers Waterstone’s were going to drop the apostrophe from their logo to “make things simpler” the story was greeted with a mix of horror, outrage and cynicism. I was part of the cynical camp: what better way to get your company on the news than to pull a stunt like that? Leak a story that you might be about to do something and then sit back and watch it go viral and, more importantly, go viral amongst the very people who would be your core market. It was either brilliant, fortunate or (the least likely in my view) a genuine story. 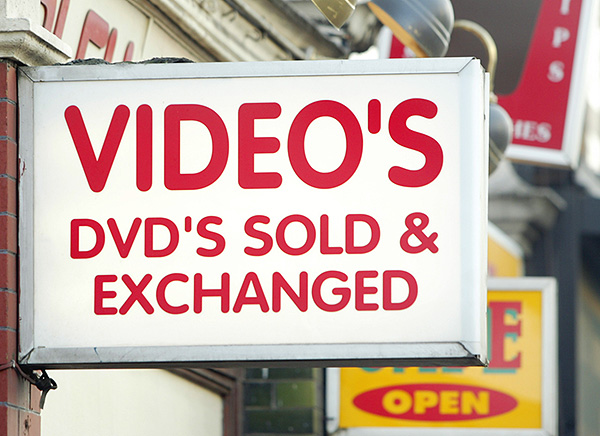 I was reminded of the last time that I was involved in a “stray apostrophe” outrage story. Back in 2003, yet another report on the use of punctuation in grammar singled out signs and posters for special criticism and so I was asked to go and find some examples. For a city reputed to have “thousands” of examples I struggled and it wasn’t until I was in the second hour of driving around looking that I finally found this gem on a secondhand video, DVD and CD shop near King’s Cross. The shop was on a one way system with almost no chance of stopping and very little parking nearby but I was desperate and so I went around again, found a parking meter and shot some pictures of the sign. The cafe next door was also the perfect place to have a quick coffee and send my pictures. Job done.