Until now all of the ‘contact sheets’ that I have blogged have been from portrait assignments. Whilst looking back through some old pictures that haven’t seen the light of day in many years I came across this set of images. I was commissioned to do a sort of ‘fly-on-the-wall’ coverage of a Board meeting of the combined Westminster and Kingsway College governors. 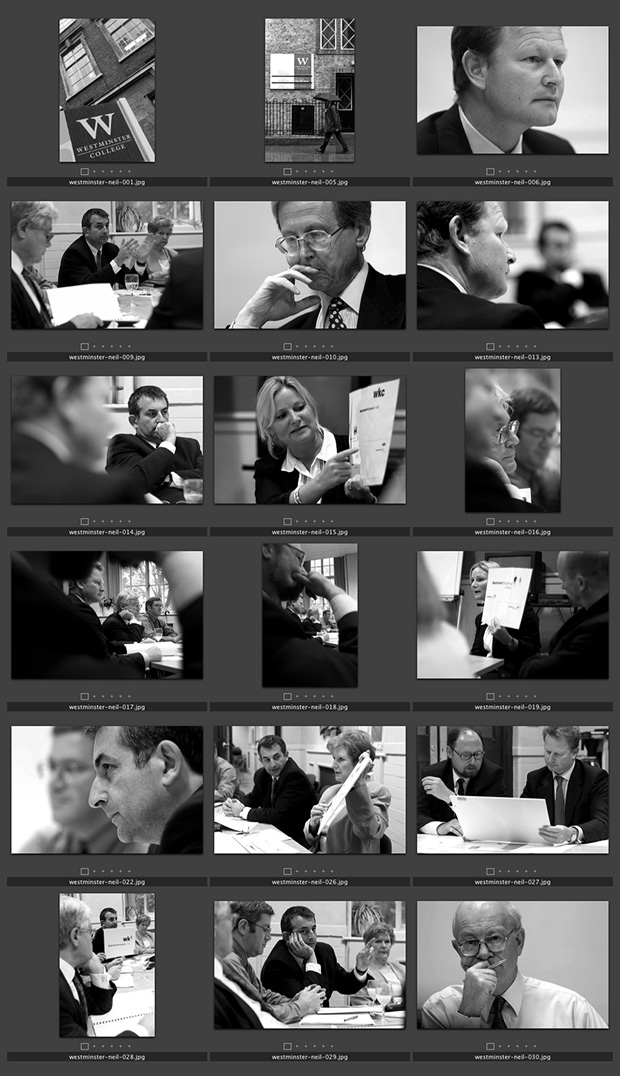 The idea was that two medium sized central London colleges were to merge and become a single large institution on multiple sites and a series of meetings like this one were taking place to make important decisions about almost every aspect of the way that the new Westminster Kingsway College would function. This particular meeting was about the logo. My task was to get a whole series of black and white images (even if they were shot on a digital camera in colour) that could be used through a multiple page article about the merger once it was complete.

Moving around the room as quietly as possible, using no flash and getting a set of pictures that represented the meeting was my goal and it was actually a fairly tense meeting, which made my job all the more difficult. In the end I left the meeting before I was asked to. It was only a matter of time before I got the “tap on the shoulder” anyway and I thought that I wasn’t going to get anything very different and a voluntary departure would be a good move.

The magazine actually ran nine pictures across three pages in the end and I was very keen to repeat the exercise. Sadly, it didn’t really happen in the same way again for many years.