This set of portraits was shot in a London park and the graffiti covered walls were the exterior of a closed outdoor swimming pool. 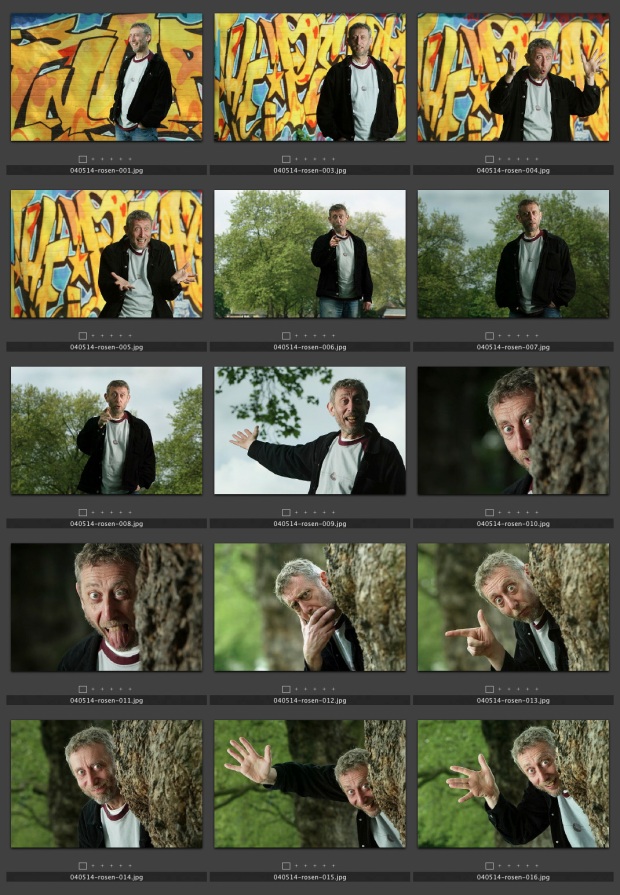 Several of the portraits in my portfolio were shot for the same “My Best Teacher” feature in the TES “Friday Magazine” when I was working at the newspaper. For quite a while the format was fixed and so every single frame was shot as a landscape and every photographed used was selected because it coped with the gutter or split across a double page spread.

I submitted a selection of fifteen to the Picture Editor but, quite frankly, there were about sixty pictures that could have made the cut because Michael was such a brilliant subject and such an easy person to work with. This job was featured a few days ago as one of my Folio Photos and you can read a little more there. The whole job was shot on two lenses and two cameras. The bodies were both 4.7 Mp Canon EOS1Ds and the three lenses were 24-70 f2.8L and 70-200 f2.8L IS. I also used a Canon 1.4x Extender on some frames and they were either available light or used a Lumedyne Signature series flash kit with a Chimera soft box.