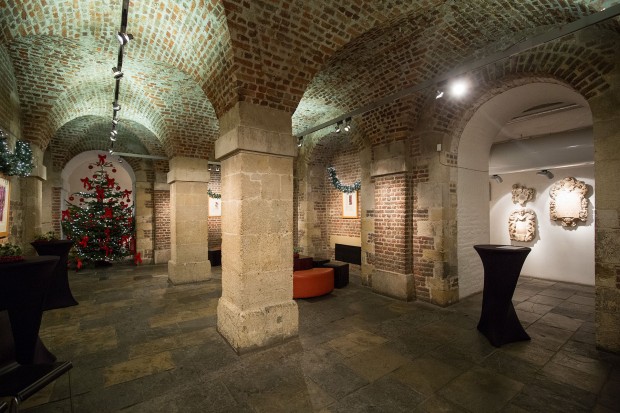 A couple of months ago I cracked and bought the Canon 16-35 f4 L IS lens to replace my very elderly 16-35 f2.8L having borrowed both this one and the f2.8L MkII to see what all the fuss was about. I shoot quite a few pictures of buildings and having a 16mm lens is very useful – especially when the space is really tight.

My old 16-35 and just about every other super-wide lens I have ever used has suffered from barrel distortion, been less than pin sharp in the corners and generally required a bit of work to get great pictures that are as free from distortion as possible.

I was on a job last night in a tight space where the 16-35 f4 L IS was being pressed into service to do shots of an empty venue before an event. I hadn’t brought a tripod because I hadn’t expected to be doing these shots but I did my best with what I had. The photo above was taken hand-held at 1/60th of a second at f4 on 2500 ISO with the IS switched on with a Canon EOS5D MkIII. I have applied no correction to the uprights and the frame is un-cropped at 16mm focal length.  END_OF_DOCUMENT_TOKEN_TO_BE_REPLACED