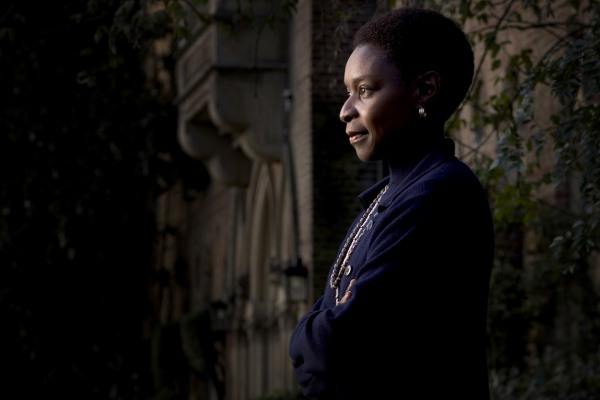 I have had the title for this piece rattling around in my head for several weeks now but before I dive in I want to explain that it is about a certain style of editorial portraiture that appeals to me. It is equally important that nobody reading this thinks that I believe other forms of portrait photography are somehow inferior or are “less portraity”.

I suspect that every sentiment that you will read in this mini-essay will have been expressed somewhere on my blog at some point in time. After all, if you did a search for the word “portrait” on this site you would get hundreds of hits. From explaining the anguish of editing your own work to my definition of what is and is not a portrait. I have written about why this kind of photography speaks to me so loudly and so consistently but I have wanted for some time to bring all of those thoughts and impulses together. As always, there are two reasons for doing this; the first is to stimulate thought and debate amongst those who care to read it and secondly to help me further clarify my own opinions and, by doing so, make my own work better.

Of course there isn’t a strict set of rules about what constitutes a portrait. Back in 2011 I wrote this;

“In my book a portrait is a photograph deliberately used to say something about the person in the picture. A simple ‘mug shot’ can be a portrait, but only if it says something about the subject and isn’t just an identity card style image. Even a characteristic expression is enough to turn the bland ID card photograph into a portrait. You then have a wide range of images that can legitimately be called a portrait until you get to the other extreme where a photograph of someone becomes more about an activity or a mood than about that person. Although there doesn’t have to be any interaction between the photographer and the subject for the picture to be a portrait, it really helps. I have read all sorts of nonsense about the kind of lens you have to use to make a portrait, or the kind of light that you must use. None of these things matters, a good portrait can be made using any lens and using a huge variety of lighting situations.”

To that I’d add that if it is a picture of someone you already know or at least know about then you can get away with less information in the image and the same can be said for photographs that are accompanied by words in a magazine, newspaper or on a website.

So what do I mean by imperfect portraiture? Put simply it means posed and unposed photographs of people that help to tell their story that haven’t been staged by a creative director, been styled by a stylist, had input from a make-up artist working with the photographer and haven’t had the attention of a post-production specialist to “improve” the picture by making non-darkroom adjustments with Photoshop or any other image retouching application. Having said all of that, an imperfect portrait can quite happily be perfect but that has to be down to the skill of the photographer, the suitability of the location, the quality of the light and some buy-in from the subject – all combined with an amount of luck. Get the light, composition and subject right and magic happens.

That’s as simple a definition of the term that I can give without leaving chunks of important stuff out. It’s comparatively easy to explain what it isn’t but how about trying to define what it is? Imperfect portraiture is a genre and a process. Maybe outlining the process is the answer? 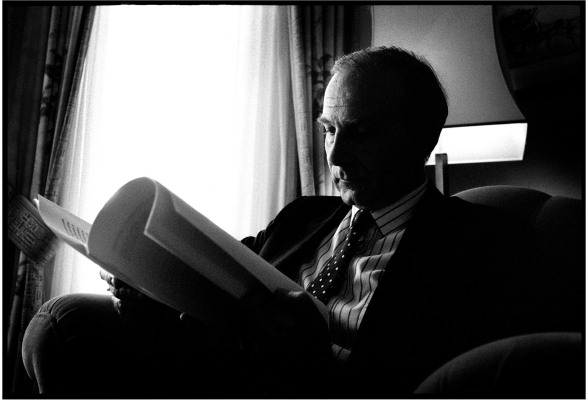 David Hart, General Secretary of the National Association of Head Teachers at their conference in Bournemouth May 1992. ©Neil Turner

It tends to work like this; you get a call or an email giving you a job with a brief and the details of location and timing and you jump in the car with your standard kit and find the address with a few minutes to spare (especially if you have had to collect a reporter on the way). The person you are photographing knows you are coming but won’t have necessarily had their hair done, had a makeover, or thought much about the pictures. In my experience most of the decisions about how and where the pictures will be taken are made quickly, on the spot and will evolve wildly during the shoot. That’s one of the major things that makes shooting that kind of work so appealing.

Anyway, back to the process; a cup of tea or coffee and brief chat before a tour of the possible locations but that’s as far as the planning goes. You shoot some pictures, maybe change the lighting a few times and switch locations a couple of times too. You shoot some more pictures, the subject says something about “surely you have enough by now” to which you reply “just a few more” or something along those lines and it’s all over.

There then follows a quick exit, a quick but thorough edit with captions applied and that’s the job over. In the days before we had the luxury of digital you would get the film processed and either printed, scanned or mounted depending on what the editor wanted and you move on to the next one. Of course the fact that the photographer was there living every moment of the shoot makes selecting the best images that bit more difficult. It’s often true that an objective editor will narrow the selection down way faster and much more forensically but there is real chance that they’ll miss that one thing, that one look that tells the story better than anything else.

It’s a very simple, very linear process. What you should end up with are very good, very suitable and very honest photographs. By honest I mean that you have met the real person and not had to deal with publicists, stylists and retouchers. It seems to me that as soon as it gets any more complicated than this then the pictures probably gets slicker, closer to perfect and further away from my kind of portraiture. In the days before digital and the luxury of having a screen on the camera to check what you have already done you had to cover yourself and shoot really safe options because experience, judgement and a really good light meter were the only real ways to let your creativity go if you didn’t have the safe picture in the bag. That’s something that has stayed with me since the switch to digital in November 1998; getting the safe pictures in the bag before going for the creative ones.

When, over the last 34 years, I have turned up to shoot an imperfect portrait I have been shooting for a third party. Not for me, not for the subject but someone or something else.

Talking to people, relaxing them and making them believe that you know what you are doing are skills. Not having other people there to do the talking and/or get in the way makes the photographer/subject dynamic very different and I am the first to recognise that often means that compromises have to be made.

Whether they are perfect or imperfect, the best portraits are those where you have picked up something about the subject’s personality, story and demeanour and translated them into elements of the pictures. No amount of reconnaissance, styling or grooming can give you that. Picking out one or more of those characteristics is a skill that some photographers have naturally, others learn it and a few never quite get.

I think that it is because of this that have never been a fan of making the subject fit the photographer’s style. Shoehorning someone into a tight formula has to reduce the amount of that individual’s persona that you can, with skill luck and effort, otherwise bring out in a single frame.

Vivienne Westwood, fashion designer, photographed in her London studio after she had been celebrating with her team having won yet another design award. October 1990. ©Neil Turner

A very long time ago when I was studying photography a very wise man who came to talk to our group of students said that “anything that doesn’t add to the composition detracts from it”. I remember writing that down word for word and thinking that I’d quote it some day but it has meant more than that to my philosophy, style and approach to my work. It’s there in my head as I look through the camera but it’s also there as I am planning a shot and it’s there when I am editing too. Imperfect portraits often have unplanned elements within them but keeping them to the minimum with a bit of thought, careful composition and absolutely no manipulation is a core part of what I am trying to explain.

Imperfection, compromise and vision. Three words that sum up what I always try to achieve in my own work and that I admire and appreciate in the photography of others. I have lost count of the number of times I have looked at portraits by other photographers and thought to myself “I wish I had taken that” but I also find myself wondering why people seem to just want to make their subjects look good and I realise that is what is fashionable at the moment.

I started this piece saying that I had a title for it before I had any strong idea where I was going with it. As a final thought, I have come up with an alternative title and that is “impromptu portraiture”. The best of the work that I have done has been spur of the moment, feature very little advanced planning from me so either title will do.

Footnote: Over the last few weeks I have posted over forty imperfect portraits on my Instagram feed, so if you want to see some examples of what I am talking about, that would be a great place to go. https://www.instagram.com/dg28com/