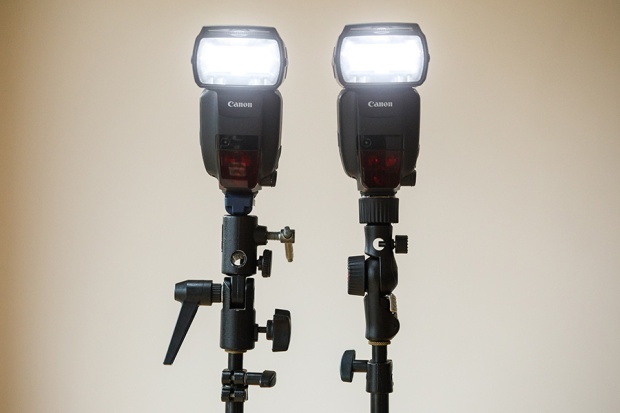 The old Lite-tite on the left and the Snap Tilthead on the right both with Canon 600EX II-RT Speedlites.

When, like me, you have been using a single product successfully for over twenty years it is normally out of a mixture of boredom and curiosity that you have to try out the next “new idea” when you see it. That happened to me a few weeks ago. Having owned and used several of the venerable Manfrotto 029 Lite-tite brackets for so many years I thought that I’d give their new Snap Tilthead with hotshoe a go. For my purposes they will do pretty much the same job: hold a Canon Speedlite flash on a stand with a folding umbrella on those jobs where using other lights isn’t so much of an option. I know that there are dozens of other brands out there but I’m a sucker for certain makes – END_OF_DOCUMENT_TOKEN_TO_BE_REPLACED