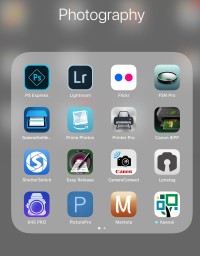 Whilst I’m not able to be out shooting I have decided to take a serious look at the workflow options using an iPad or even an iPhone and to see whether they really can replace a lightweight laptop in my working life. I have even bought a new iPad Mini 4 (already upgraded to iOS11) because I’m sure that I will be using the tablet for some form of mobile editing. Should you be seeking wisdom and a fully-formed solution I’m prepared to stick a plot-spoiler in here and tell you that it is still very much a ‘work in progress’ and that I don’t have an answer for you. Yet.

My starting point for this is having used my phone as an occasional method of getting pictures away quickly – mostly for clients to be able to use my pictures in their social media and on their websites instead of their own pictures taken with their phones and tablets. If you are prepared to work with JPEG files then this isn’t too tricky, but what if you want to base everything on a RAW workflow? Not so simple?

I know that a lot of photographers have worked out their own workflows for using iPads as their principal location editing devices. I have been trawling blogs and YouTube videos trying to get my head around how and why they have decided to go down this route and the fact that several photographers that I respect and even admire have gone this way means that it has to be a serious option for professional editorial and corporate photography. A lot of the same people, driven by a desire to reduce the weight of their kit, have also gone to mirrorless camera systems.

As part of my search I’ve used a LOT of different apps. Amongst others, and in no particular order: Lightroom, FSN Pro, Shuttersnitch, Marksta, PS Express, PicturePro, Transmit, Affinity and the sadly no-longer-supported Photogene4. These range from Lightroom being free with the right Adobe CC subscription to a chunky £49.99 for PicturePro.

So here is what I do know: END_OF_DOCUMENT_TOKEN_TO_BE_REPLACED

A little over two years ago I wrote a blog post about social networking where I asked largely rhetorical questions about whether there was a point to it, which platforms were the right ones and whether or not it made any difference. About three weeks ago I wrote on Twitter that I’d spent half a day integrating my social media – getting my Tweets to show up on LinkedIn and getting my photos posted on EyeEm to show up on Facebook and then getting every single platform to react to one another when I wanted them to. Not only did I set all of that up on the desktop and laptop computers but I also did it on the iPad and the iPhone. Boy, am I ever integrated now!

This morning I added a post on a LinkedIn group about explaining to reluctant businesses why they should be using social media:

“The simplest way to explain it to the doubters is to point to the utter stupidity of NOT using social media in the world in which we currently live. You didn’t need it ten years ago and theres’ a chance it might be past it’s best in ten years time but right here, right now it is the method chosen by a massive proportion of the population for making choices, doing research and engaging with business.”

So… is social media working yet? You wouldn’t expect me to give a clear and unequivocal answer to a direct question that I posed myself would you? Of course not – except there is an answer that I have given a few times when talking about this:

How do I explain that? I’d be worried if social media was having a negative effect on my business and career but I have been really careful to avoid the stupidity of posting banal, overly-personal or critical observations on any platform unless they were going to have a positive effect – which is almost never. On a few closed Facebook groups I might be a little less guarded and in private messages I might use the odd bit of cussing but on the whole my social media profiles have been kept clean. That has meant very little controversy, relatively few spikes in activity and a lower profile than I might have gained had I been happy to upset a number of people. That’s all OK but why would I imply that all wasn’t well with social media? Well, the hours spent plugging away haven’t been directly rewarded with more business and it would be hard to quantify the actual benefits of getting out there in the worlds of social media. So in the two years since I first blogged about this I have got a lot better at doing it, gained a few jobs here and there and generally promoted myself positively. I’m going to keep on doing it because I genuinely believe that to avoid social media is a very bad thing.

The irony is that this blog is the one thing that I want people to see, read and interact with. That’s my strategy and that’s why I wanted to get the integration going – the other platforms are there to boost the blog and the blog is there to raise my profile. Whether or not that circle is vicious or virtuous is something only others can decide upon. 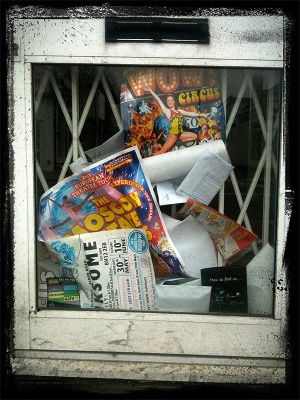 ©Neil Turner, May 2013. First seen on EyeEm – there are so many ways to promote your business these days!

Members of the media are not only members of the public; they can influence the way the Metropolitan Police Service is portrayed. It is important that we build good relationships with them, even when the circumstances are difficult. They have a duty to report many of those things that we have to deal with – crime, demonstrations, accidents, major events and incidents. This guide is designed to help you take the appropriate action when you have to deal with members of the media. 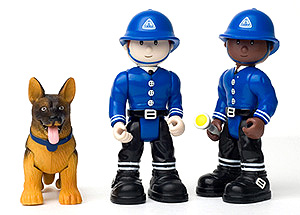 Members of the media have a duty to report from the scene of many of the incidents we have to deal with. We should actively help them carry out their responsibilities provided they do not interfere with ours.

Where it is necessary to put cordons in place, it is much better to provide the media with a good vantage point from which they can operate rather than to exclude them, otherwise they may try to get around the cordons and interfere with police operations. Providing an area for members of the media does not exclude them from operating from other areas to which the general public have access.

Members of the media have a duty to take photographs and film incidents and we have no legal power or moral responsibility t prevent or restrict what they record. It is a matter for their editors to control what is published or broadcast, not the police. Once images are recorded, we have no power to delete or confiscate them without a court order, even if we think they contain damaging or useful evidence.

If someone who is distressed or bereaved asks for police to intervene to prevent members of the media filming or photographing them, we may pass on their request but we have no power to prevent or restrict media activity. If they are trespassing on private property, the person who owns or controls the premises may eject them and may ask for your help in preventing a breach of the peace while they do so. The media have their own rules of conduct an complaints procedure if members of the public object.

To help you identify genuine members of the media, they carry identification, which they will produce to you on request.

Members of the media do not need a permit to photograph or film in public places.

Giving members of the media accident to incident scenes is a matter for the Senior Investigating Officer. The gathering of evidence and forensic retrieval make access unlikely in the early stages and this should be explained to members of the media. Requests for access should be passed to the Senior Investigating Officer who should allow access in appropriate cases as soon as practicable.

Advice and assistance in dealing with members of the media is available 24 hours a day via the Press Bureau at New Scotland Yard.